Fundraising for the Restoration of the Great Synagogue of Torino 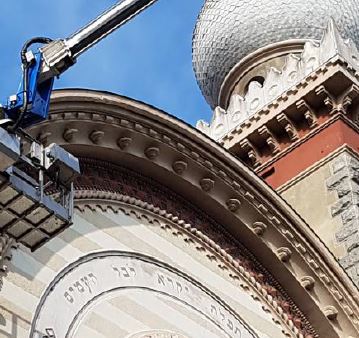 Turin has the most important Jewish Community in Piedmont and the third largest in Italy. It is one of the twenty one Jewish Communities in Italy gathered under the UCEI (Union of Italian Jewish Communities). It has three structures: the synagogue, the school, and the retirement home. 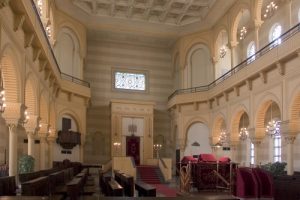 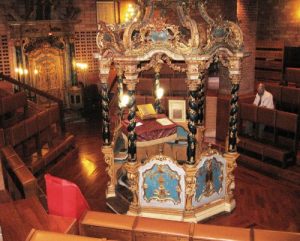 The monumental synagogue, of eclectic architecture designed by E. Petit, was completed in 1894.  It was bombed in the Second World War and practically rebuilt in 1949.  Since 1971 the lower ground floor houses a new synagogue, with XVII century baroque furnishings originally from the synagogue of Chieri. The upper ‘Great’ Synagogue is used for the major Jewish festivals, whereas the lower, smaller synagogue is used for daily prayers and for Shabbat services.

Many member families have a long history in the area of Torino, but there is also a mixture of Jews originating from other Italian cities and from other countries including Israel – we are not quite global, but we can communicate with most visitors. In recent years a large proportion of our young members have emigrated to countries such as Israel and other European countries. History repeats itself!

During Rosh Hashanah 2017 the ladies in the matroneum noticed debris, so we investigated immediately. Protection was put in place in time for Yom Kippur.

At the close of 2017, subsequent to finding some debris fallen from the cornice of the Great Synagogue, the affected zones were inspected with appropriate equipment.  Safety was restored but further criticalities emerged: 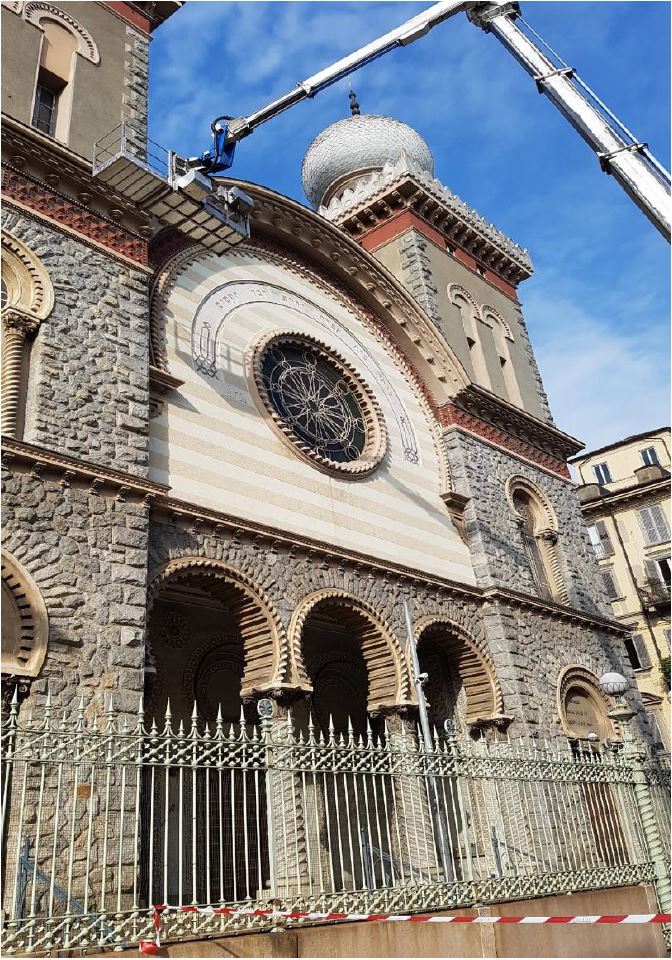 1. FACADE OF THE SYNAGOGUE

Other areas of  materials detached from the cornice were found: 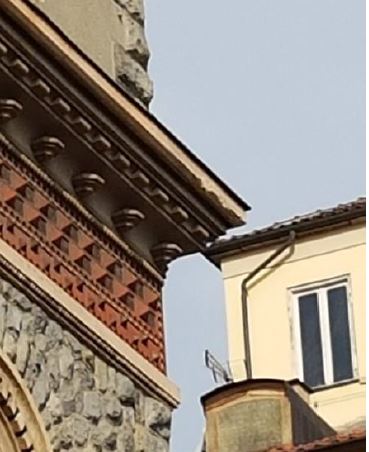 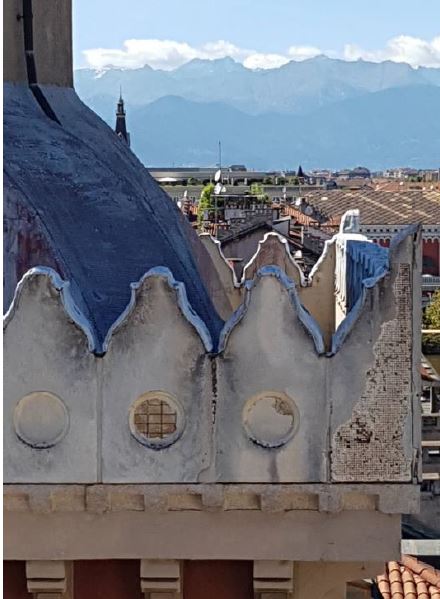 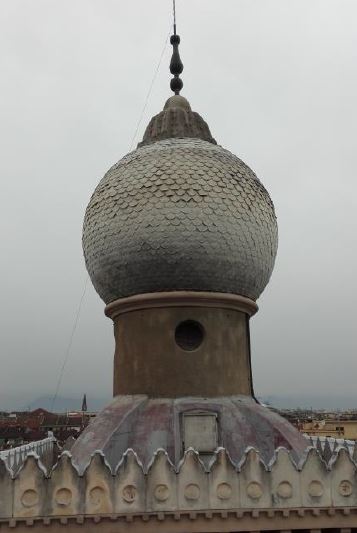 In the areas of the external facade of the merlons, serious cracks and material detachments were found.  Some material was removed because of the potential danger it posed.

Consolidation or substitution is needed, depending on the level of adherence.

Some lead tiles on the domes are raised, distorted or partially detached.

2. ROOF OF THE GREAT SYNAGOGUE

There has been serious water ingress due to rain, affecting the roof of the Great Synagogue.  The evidence is clearly visible inside the Synagogue, having damaged the supporting structure that now requires cleaning, restoration and repainting.

There are different areas with criticalities, that need maintenance or substitution of the rendering and a new waterproofing layer.  In order to do this, a Roof Safety Wire and a man-sized access hatch must be installed, in order to permit safe access the work area and for future maintenance. 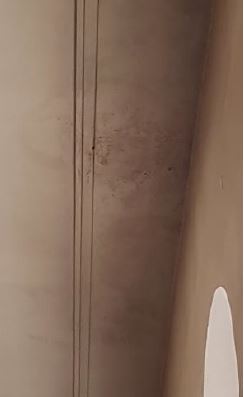 3. REDECORATION OF THE GREAT SYNAGOGUE 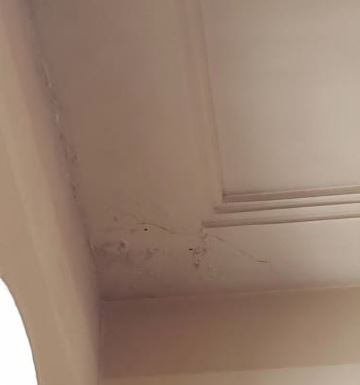 Some interior areas have paint or plaster rendering defoliation or total detachment due to water ingress.  These need repair, then underlying surface preparation,  followed by redecoration.

Access to the four towers needs security gates to be installed.    These will permit better access to the domes, currently quite difficult and unsafe via a man-hole in the ceiling above the stairwells.

5. CAPITALS IN THE GREAT SYNAGOGUE INTERIOR 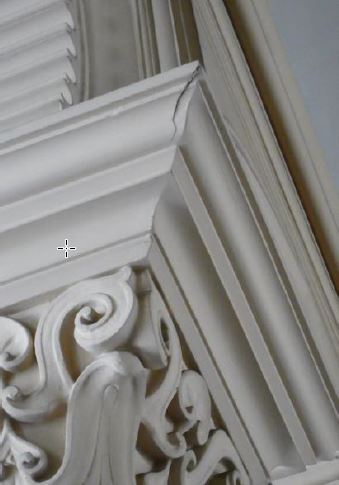 There are numerous lesions to the Capitals on the matroneum (women’s balcony).   They were found not to be structural since they were cast in plaster as a decorative finish. 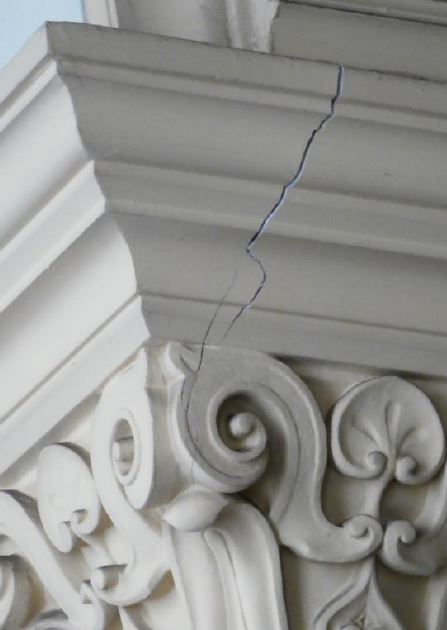 However, any material detachment, given the great height, could be extremely dangerous and so temporary emergency safety measures were undertaken last year by encapsulation the capitals in reinforced plastic sheeting.   Now a repair and consolidation process is needed, which will be done using resins specifically produced for conservation work. 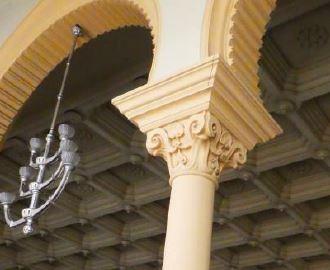 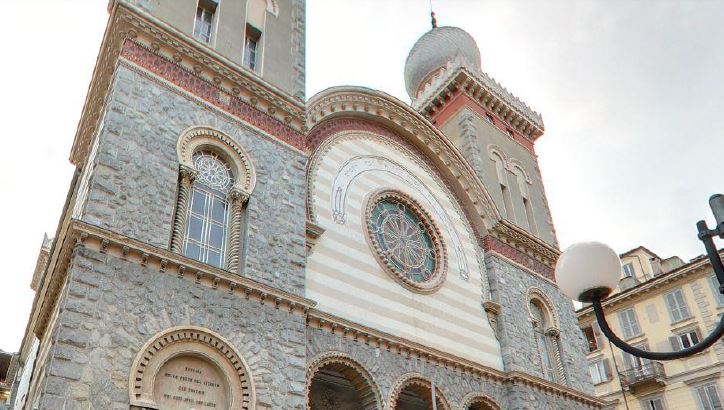 6. DECORATION AND RESTORATION OF THE FACADE OF THE GREAT SYNAGOGUE, PIAZZETTA PRIMO LEVI 12

Access gained by using scaffolding and crane baskets will be needed to restore the decoration of the lower facade: below the first cornice (pillars, inscriptions, wooden finishings), and to render uniform the appearance of the repaired and original areas, to guarantee a durable result.

The proposed building work is being studied and tenders gathered, but the preliminary estimates indicate €60-70 000 just to cover the immediate tasks fundamental for safety, consolidation, conservation and the redecoration of deteriorated areas.  The building is due for a full internal redecoration and needs improvements for the acoustics, which were never satisfactory following the post WWII rebuilding.   This raises the estimates to at least €100 000 in total.

In order to receive receipts for donations in the correct format, it is important to communicate precise data (fiscal codes and phrases) to the administrative office, and indicate the intended destination of the donation:  Building Fund for the Conservation of the Synagogue

For donators to benefit from Tax deductions please visit and contribute through Torino Synagogue Fundraising Project.